My game froze after getting killed by the First Shade about 5-7 times.

Why does the game start to lag hard when it starts?

Not even surprised to see such game made by anuke 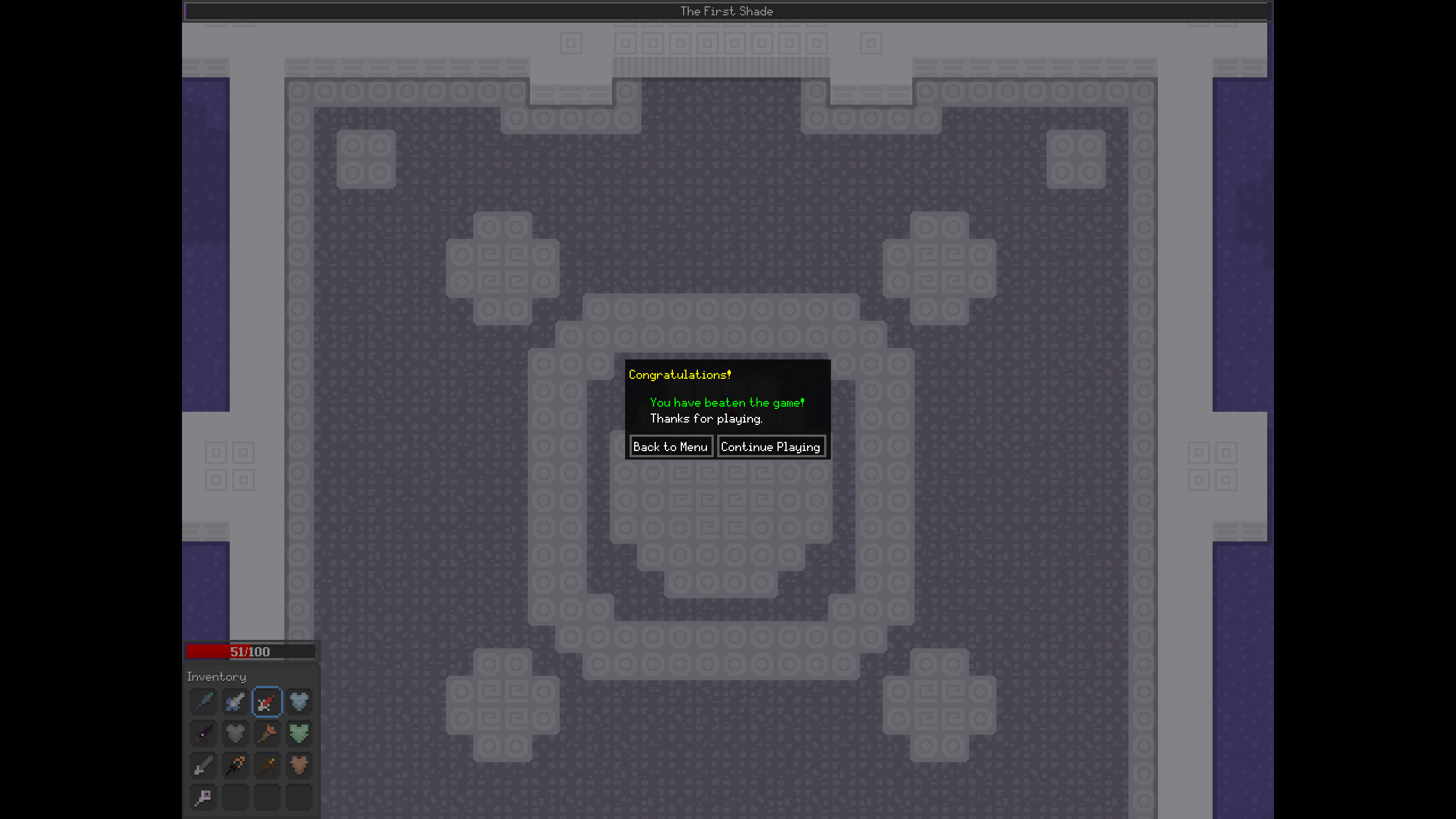 Very consistent with all the art style.

This Game Is just AWESOME, actually, I guess there are some actual bugs in the game, like some bosses include dead corners in which they can't shoot the player, on the other hand, the player could attack the boss and kill the boss. If I were to make this game, I would make the boss have buffs and extra shooters when they losses a certain amount of health. For the player, they could have other characters, and they can have different skills of benefit. And for the basic mobs, I think they should have less shooters, but the shooting speed should increase also, this would benefit the game and dominant the other versions and games, like this one. Last but not least, the basic mobs could include warriors that have fast movement, but instead of using ranged weapons, they should use melee weapons, such as swords.

Honestly as a fan of Realm of the Mad God this game isn't too bad, and the final boos is beautifully made. I managed to beat the game using only the starter staff, the starter sword, and absorption armor. The basic mobs have a bit too little heath, while the turret guys have too much health and are easily dealt with using very evident safe spots. The bullet patterns feel very similar to Realm's own bullet patterns, and are very easy to dodge.

P.S. Most enemies can be dealt with by just equipping a sword and circling them with hellborn or absorption armor. (this doesn't work well on either of the bosses (if you count the nightmare blob as a boss because it does occur again as a standard mob)

The game is fun, but the enemies have questionably humongous health pools. There also seems to be a decent amount of lag especially at later portions of the game when there are many projectiles on screen at once.

I really like it.  I think the enemies are too powerful.  Otherwise it's a good game.  Thanks Anuke!

Pretty smooth gameplay, I agree with the other comment about tweaking the health of the enemies.

A lot is going on in this game, and that’s impressive. If you could tweak the enemies so they aren’t damage-sponges and increase the range of the melee weapon you could go far with this formula. Love the music. 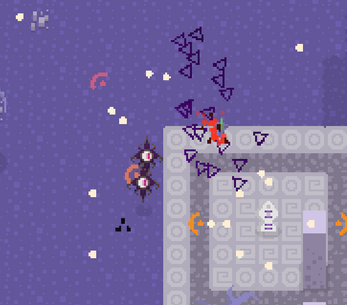 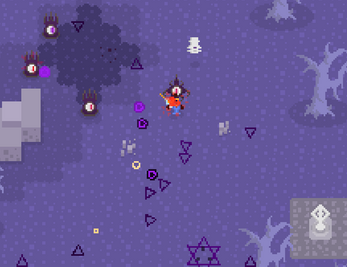